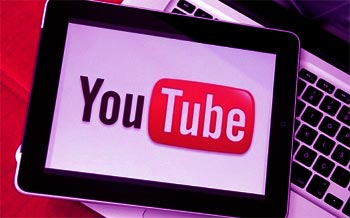 I can bet there is no person in modern world who never heard about YouTube or Facebook social networks. And also can made a bet this same person has made their account on both of these at least once in their life.
Today I am going to discuss about success of these great giants and also how they depends and cooperate of each one.
First let’s start talk about the first one which was born, YouTube. An video sharing social media site which was the third one most visited site in the world at this moment. It’s almost impossible to imagine to not share a video you have just recorded YT, it’s actually the first plan idea where to upload it. After YouTube there comes its similar ‘daughter’ called 2nd planned websites DailyMotion, Metacafe and others. We need to also mention a Facebook, which is became ultimate powerful platform for video sharing especially after September 2014 when FB announced view counting so its members now has one more option to brag about within their friends and acquaintances.

The main point what are we going to discuss about today is connection between YouTube and Facebook social platforms.
You have probably noticed (those who use FB) that lots and lots of people are sharing their favorite songs and music videos to their timeline via YouTube. Well that’s our main topic today! Almost all of music songs and videos (99,9%) are on YouTube, so those who wants to share their Favorite one to their friends list just reshare it from YT, so YouTube gets referring visitors from Facebook. Here is connection! And also Facebook get’s visitors from Youtube as well. Think about it. Thousands of people have their FB profile or fan-page linked on their YouTube channel, and many visitors will click on it to browse it and like it. So actually these two social media sites are in big connection and are not rivals like many of guys think. They all are ‘living’ in fabulous harmony! So fit in and enjoy it resharing to each others!