How Hackers use Trojans to Steal from Online Bank Accounts 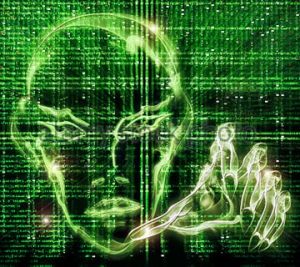 There are millions of hackers, scammers and spammers circling the internet, waiting to cause damage to you one way or the other. Such people will do anything possible to steal the necessary information they can. And then use it to rob you of your earnings. They look for ways to take your bank account or your social security account information to serve their unscrupulous characters.

The scary thing is that anyone can become a hacker. All you have to do is to learn different tools. There are various tools available on the Internet which are used to steal people’s personal information! This means that you not only have to worry about the professional ones but also the semi-amateur ‘black-hatters’ with their automated systems!

There are so many examples of people and organizations that have been hacked into and lost their money to online criminals.
In 2015, according to the Identity Theft Resource Center; a nonprofit organization in San Diego; millions of records have been exposed through data breaches in 2015. These affected many companies such as Citibank, Capital, TD Bank and so many other companies. Such violations indicate loss of money or at least potential loss of money.

Business accounts are the most targeted accounts merely because they come with fewer protections. It is easier for a bank to cover a monetary loss on a personal bank account than a business one as long as there is no indication of wrongdoing on the account-holders end. Besides, since business accounts tend to move large chunks of money, they are more appealing than personal accounts to the hackers.

Some even use self designed email hacking softwares. See one example at howtohackemailaccount.com

Trojan horses are commonly spread through a legitimate website that is compromised or through apps. Thus far, the most affected are Android users. A text message or link in an email with malicious code is sent out, and when the user opens it, their machine becomes compromised. One of the most notorious Trojans is Zeus also known as Zbot, which infects Windows users and then tries to steal private data from such users. According to a 2009 security analysis, Zeus affected over 70,000 accounts of banks and businesses such as Bank of America and NASA.